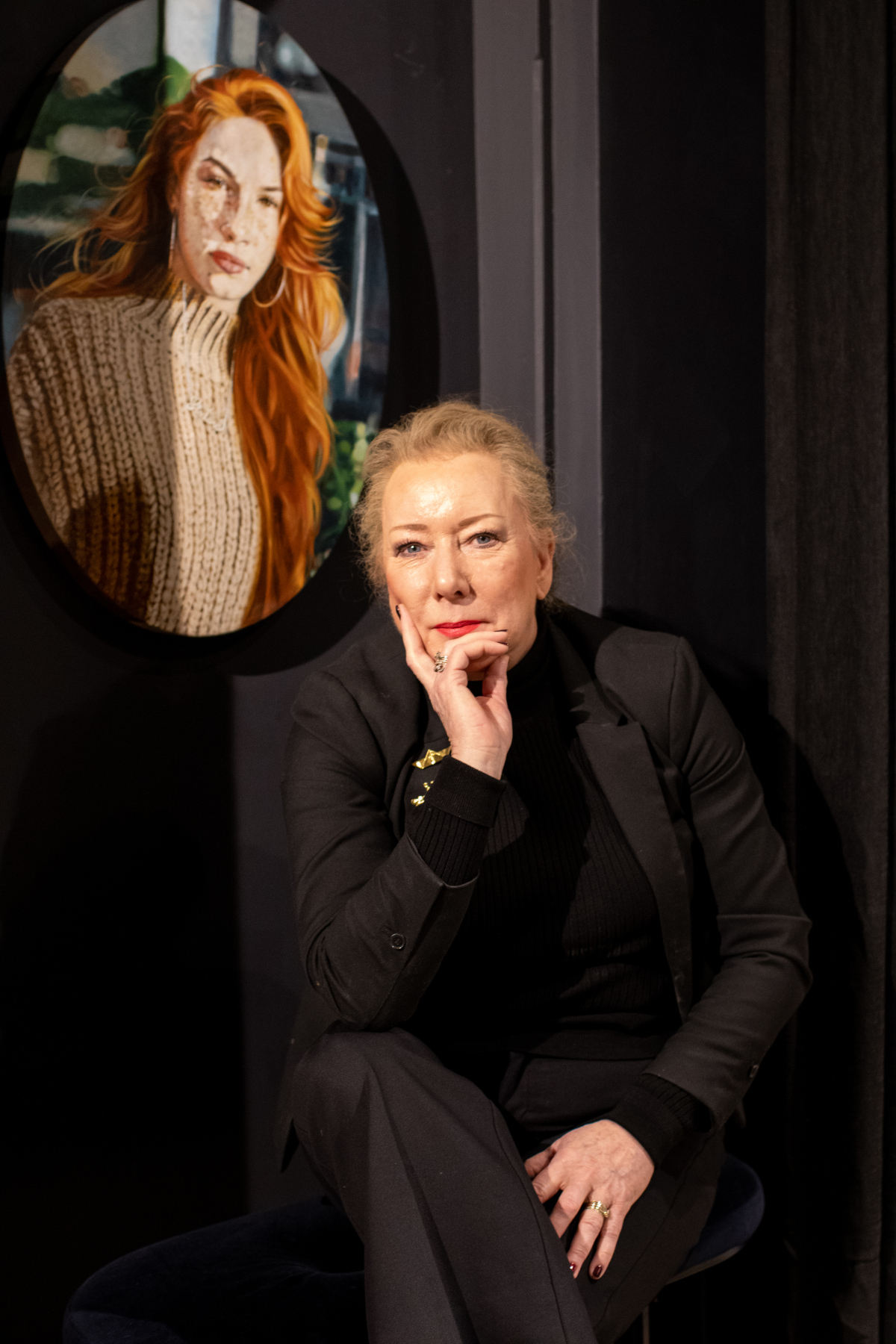 Though born in the Netherlands, Wilma Geerts left at an early age to study Fine Arts in the United Kingdom and extended her stay for ten years. Returning to the Netherlands, she was surprised by the Dutch prejudice towards Realism, especially given historic famous Dutch painters as Rembrandt, Vermeer and Frans Hals, to name but a few.

This lack of acknowledgement resulted in the start of her own Gallery for Contemporary Portrait Painting and Realism in the beautiful historic town of Dordrecht. Using her passion and dedication, she has made it her mission to revive realism in the Netherlands.

Being a respective portrait painter herself; she received several art awards and was invited for national television art programs. She is renowned for the use of oval canvasses and believes the ovals gives more emphasis to the model’s uniqueness, Apart from her own art and her gallery, she is also the representative and agent to the best Dutch portrait painters and realists today. Whether it is also due to Wilma’s efforts we may never know, but certainly we can say that Realism is again better respected and acknowledged in Dutch art.