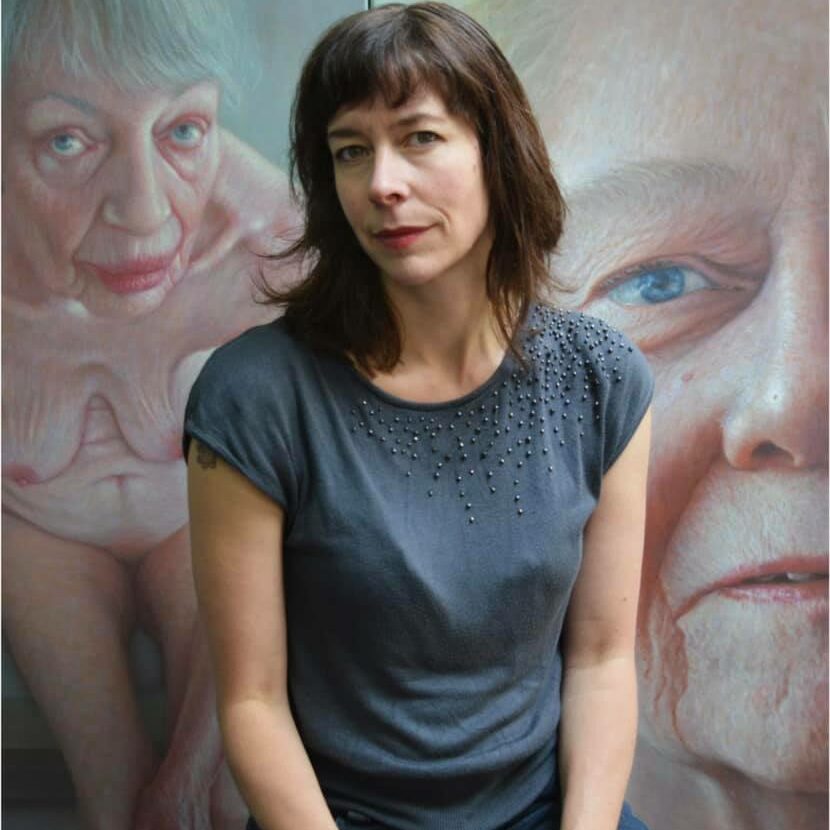 Francien Krieg (1973°) is a Dutch artist focused on the human body.
She graduated from the Royal art academy in The Hague in 1998 where she obtained a degree in Monumental art. During this study she developed her conceptual thinking and discovered her fascination for the human body, producing  rubber made “human skins” and meat-installations…

A few years later, she discovered her passion for painting at The Free Academy of The Hague, where she expressed her fascination for the human body in a series of paintings with unusual body perspectives.

Soon after graduation, her work was picked up by different galleries and art collectors. Francine’s work became part of two important Dutch art collections: the ING Collection and the former Scheringa collection. .

Francien Krieg’s career development, allowed her works to be seen at Gallery Mokum – one of the best galleries in Amsterdam and shows like the art fair Scope Basel, the art fair Realisme Amsterdam, Robert Lange Studios in Charleston USA, From motion to Stillness Chicago at Zhou B Art Center, Townsend atelier Women painting women [r]evolution Tennessee US and recently an exhibition at Gallery Beinart named Strak realisme featuring Effie Pryer and Ville Lopponen.

In 2017, she was nominated for the Dutch Portrait Award and shortlisted for the Figurativas 2017 at MEAM in Barcelona. Her work was published in the Austrian art magazine Millionart Kaleidoscope. Also recently, her work was in the family issue of Poets and artists, curated by Shana Levenson and David Kassan.

In 2018 she published a book about her work called Precious Bodies.
In 2019 her work was part of the MEAM exhibition Painting today.