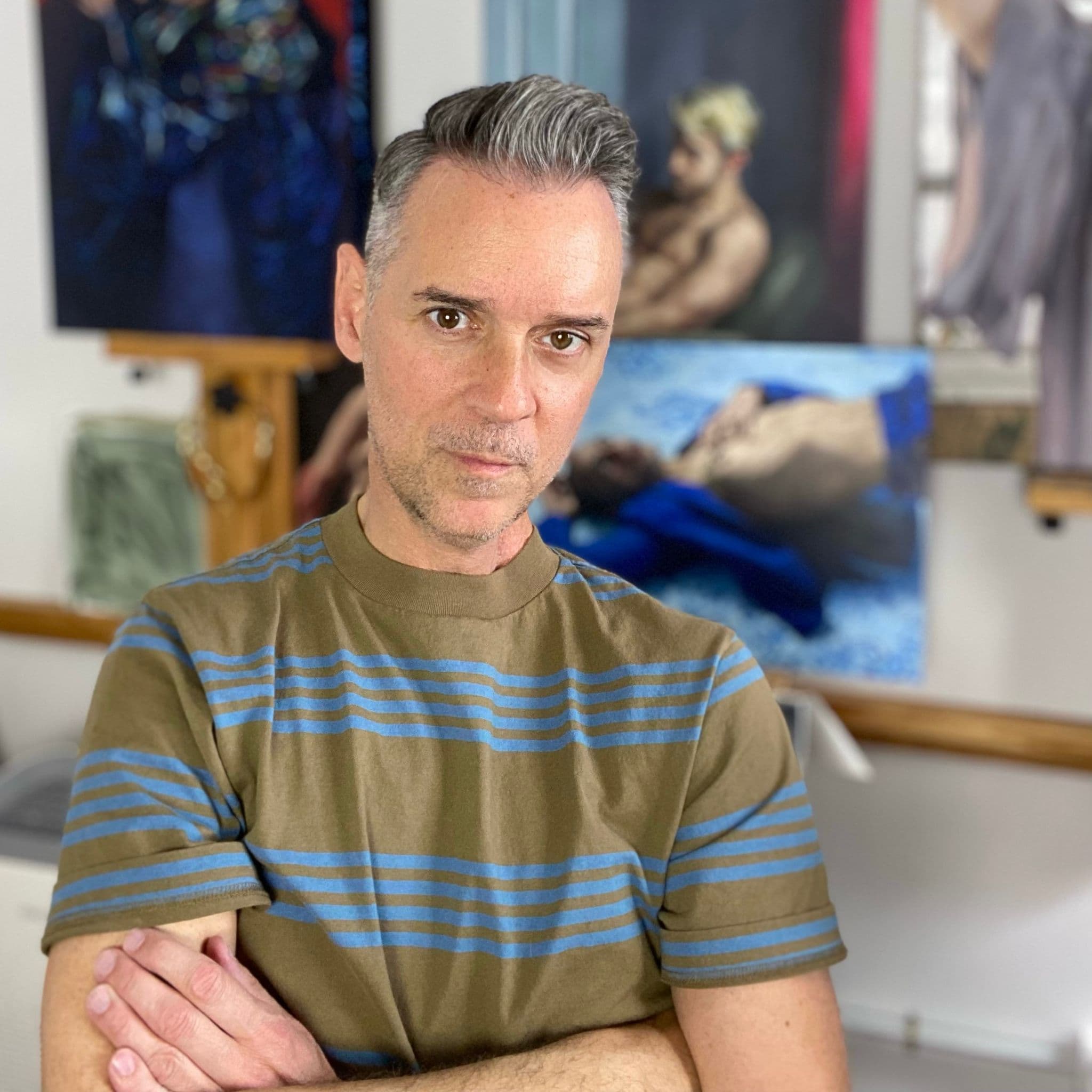 Alessandro Tomassetti is a Canadian figurative painter based in Barcelona. He is best known for his intimate portraits of contemporary men where he captures the vulnerability and sensuality of his subjects in ways that are most often associated with the female form.

He has exhibited paintings at the Architecture+Design Museum and Sotheby’s in Los Angeles, the MEAM in Barcelona, the Salmagundi Club in New York, the Zhou B Art Center in Chicago and the Wausau Museum of Contemporary Art. He has won awards through the Tom of Finland Foundation and the Art Renewal Center where his paintings have toured as part of their International Salon. His work has been featured in Architectural Digest, Vogue, American Art Collector and Fine Art Connoisseur.

Outside of painting, Tomassetti has created special effects for feature films at Disney and Sony, designed and manufactured an eponymous menswear line and launched several popular apps for the iPhone. He is also an avid analogue photographer and employs a full arsenal of vintage technology and expired films to create bold, sensual photo series featuring many of the same models cast in his oil paintings. His first photobook, Instant Gratification, was released in December 2022.